Our strategy consulting services are leverage the wisdom of crowds to enhance competitiveness and safeguard the future. We save time and resources in the execution with our participative and transparent approach. The collective intelligence approach resonates in the entire eco-systems to faster, transform with increased engagement. We understand your situation as a special and unique development project. So, we put together tailor-made solutions, enabling you and your people to co-create with us your very own strategy, implement it and integrate it into a strong ecosystem of suppliers, partners and customers.

1492 AD marked a crucial turning point for mankind, as science and observation began to play key roles in the pursuit of empirical truth at the detriment of superstition. From conquering the oceans and the stars, to artificial intelligence, and even challenging death itself via genetic enhancement, there appears to be no limits to how transformative we can be when acting collaboratively. These tremendous accomplishments are not the result of intelligent individuals functioning in isolation, but emerge from our collective intelligence as a species. Albert Einstein himself would not be recognized as a genius if he wasn’t able to leverage the existing discoveries established by trailblazers such as Pythagoras, Newton or Gauss that preceded him.

Strong, only when together

At times, this contradicts our cultural legacy where the masses are widely kept uninformed. However, even mildly enlightened individuals can be collectively intelligent under certain circumstances, due to the exponential power of collective human intelligence. For example, if a single chimpanzee was stuck on a remote island, its chances of survival would be significantly higher than the chances of a single human in the same predicament. Change the numbers to 10 though, and the group of humans would have a distinct advantage, due to the level of sophistication of collective intelligence that no other species can compete with.

Intelligence, our ability to solve problems

Being alone and facing a problem is already proof that we can’t solve it, or we wouldn’t be faced with the problem in the first place, states Austrian psychotherapist Paul Watzlawick. When lacking the necessary data to come up with the solution, we experience various levels of frustration, and then we eventually approach existing people, documents or resources to find it. As communicators, we connect through symbols, sound and language. Though each of us only perceives a fragment of the greater whole, communication increases the chances that others may have the missing perspective that enables us to resolve our issue. Therefore, diversity is one of the four prerequisites of successful collective intelligence and perhaps its single most important component.

Allow 1492 to show, guide and support you on the journey of enhancing the collective intelligence in your organization.

“MAKING THINGS RIGHT IS ONLY A HYGIENE FACTOR. FOCUSING ON THE RIGHT THINGS MAKES A DIFFERENCE!”
MAXIMILIAN KAMMERER

Diversity, transparency, feedback and autonomy: these components form the genome of the collective intelligence. Functioning in unison, these 4 dynamics are capable of transforming any social system into a cohesive organism, while driving innovation, coordination and collaboration to new heights. read more

Diversity is the key

The most crucial and effective manner to enhance collective intelligence within an organization is by increasing diversity across the entire structure, and more specifically within key positions. Despite gender diversity being a priority at the forefront of modern executive practices, many fail yet to truly grasp its importance and core purpose. Under the leadership of Steve Jobs, 1492 managing partner Maximilian Kammerer learned how to re-engineer his thought methodology, approaching it from the outside-in as opposed to the inside out. Utilizing the end user perspective (such as customers, clients or citizens) provides added value back into technology and system development. The ability to leverage diverse perspectives in the workplace of most organizations remains a challenge, especially that of the end user. In the effort to create modular, competitive and sustainable solutions for enterprise, diversity is the ultimate factor. Furthermore, it compels us towards a more tolerant and compassionate society, facilitating prosperous global eco-systems driven by the collective intelligence of all parties involved.

What if an organization could know what is known? Knowledge is the source of power and as such, has been privy to only a minority for centuries.  With the advent of the internet, withholding information has become counter-productive. The transparency of social media outlets such as Facebook and Twitter have empowered us to examine, discuss and determine the priorities of our species collectively. We are evolving towards a transparent shared economy. In 1986 the NASA space shuttle Challenger exploded 73 seconds into takeoff. Minutes later, the stock market reacted harshly, dumping stock of the four major contractors involved with the catastrophic launch. Morton Thiokol suffered the worse losses, their stock down by 12% at the close of the market, a reaction fueled by speculation that they provided a defective mechanism. This fact was proven to be true, but only 8 months after the explosion. This example is a textbook demonstration of how obsolete our traditional working models have become. Naked organizations, with a free-flow exchange of knowledge and information can enable productive swarm-like behavior, resulting in efficiency levels in line with those of a living organism.

A vibrant feedback community guarantees progress within a system, by ensuring the quality of its technical performance. Within a collectively intelligent social system, feedback has the power to change the mind frame and behavior of the masses, by functioning as an ethical authority. If an organization’s output is never made available and critiqued, both internally and externally, its ability to perform at an optimal level is compromised. Every social system requires checks and balances, in order to asses if its actions create value or not. For example, the Ebay marketplace has had a tremendous impact on the ethical behavior of its users, by providing a transparent feedback system that encourages and rewards actions that allow the platform to function cohesively. The beauty of social systems as opposed to physical ones, is their ability to process feedback and convert it into exponential development. When delivered at real-time frequency, feedback can transform organizations into agile swarm cells benefitting from immediate stimulus response times. The tandem of transparency and real-time feedback is reinventing the way we govern our social systems. Notions of hierarchy and rigid process are obsolete and being replaced by our collective consciousness, with each actor functioning as an omni-channel sensor of a social brain, providing safety through collective awareness.

Autonomy is a component of freedom, who is arguably the most invaluable asset in society around the globe. In times of crisis such as Hurricane Katrina and the earthquake in Haiti, volunteer forces have proven to be up to 10 times more effective than organized first response institutions. A testament to the power of autonomy when confronted with minimal support and resources. While seemingly paradoxal, the collective intelligence requires individuals to think, feel and work autonomously. Dependency leads to the suppression of ideas, while encouraging conformity and hierocracy. The threat of the organization losing control is offset by the frame of alignment and trust established by the tandem of transparency and real-time feedback. Within a transparent organization, reactive micro-management is no longer required. Many companies now create autosome swarm cells operating independently of organizational hierarchy, aligned collectively through a transparent vision. close
CONTACT US

1492 was founded in 1994 by Katja Bellinghausen and Michael Hengl as a think-tank for mental change and new ways of working. When the two met, Katja had reached the zenith of her career as an actress in both classical theater and German television, while Michael a former Austrian ski racer, just had a successful exit by selling his business. In 2004, Maximilian Kammerer became involved, providing invaluable insight into game changing dynamics as a former Apple executive. In 2008, David Rohrmann joined the 1492 board of management as graduate of philosophy and economics. He became managing partner by virtue of his passion and efforts to rehumanize the corporate world. More than ever we are dedicated to the journey beyond horizon. 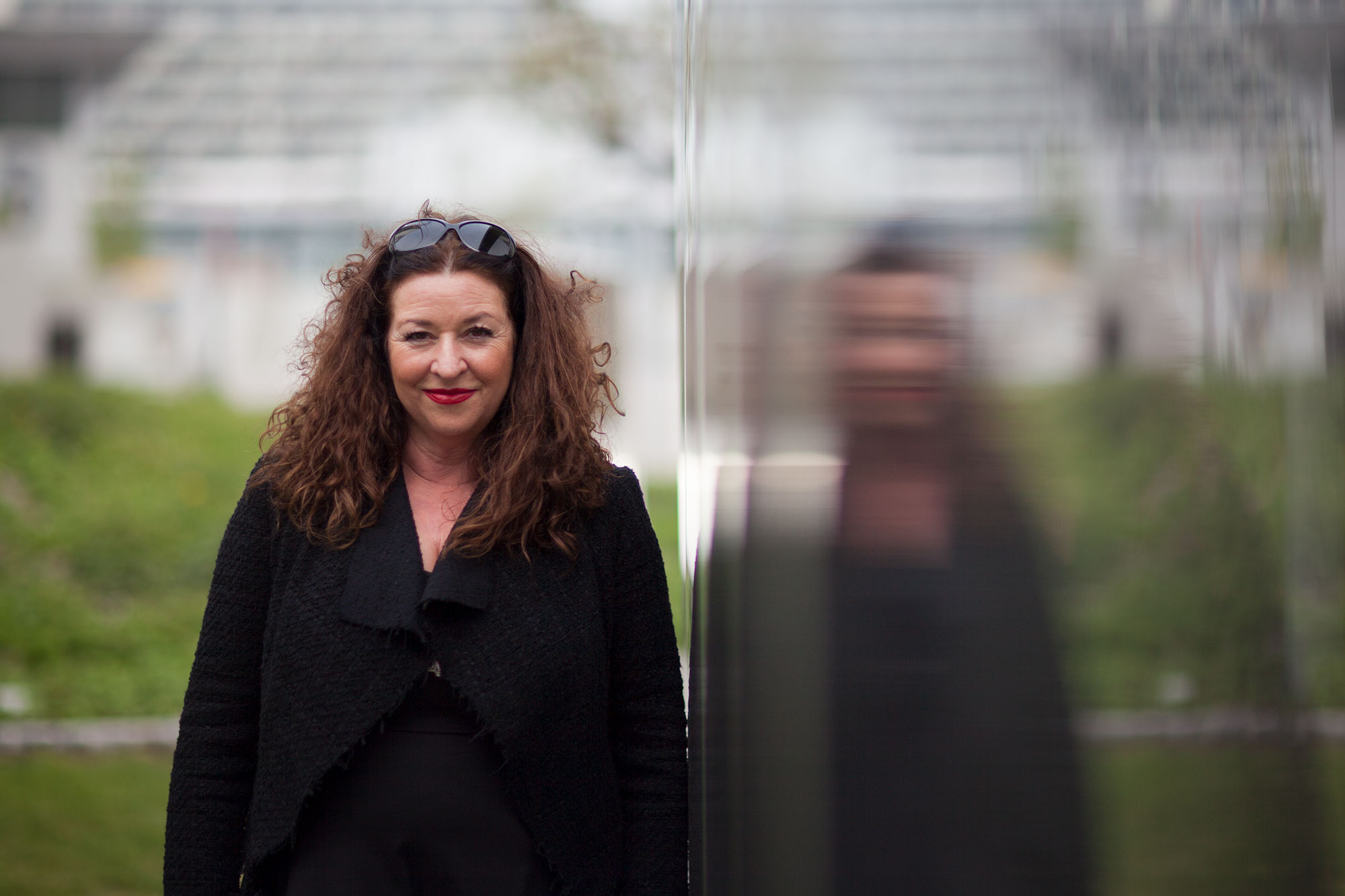 Katja began her career in 1982 as a classical actress in Germany, eventually becoming successful in award winning television shows and movies.

Since 2002, she’s developed “Shakespearience” at the University of Witten/Herdecke, a methodology that supports leaders in better incorporating and performing their role within their organisation. She conducts leadership programs worldwide in the public and industrial sector, developing authentic leaders through improvement of their stage performance skills, demonstrating how appearance and mindfulness create followership and engagement.

She is the head of coaching at 1492 and an experienced executive coach since 2007. She owns the 720° Sonar coaching certification program for the New School of Business, where she is teaching and developing leaders for 21stcentury.

Since 2018 Katja is also a certified teacher at the “Search Inside Yourself Leadership Institute” born at Google based on neuroscience. She conducts the program about emotional intelligence, mindfulness and leadership to organizations. 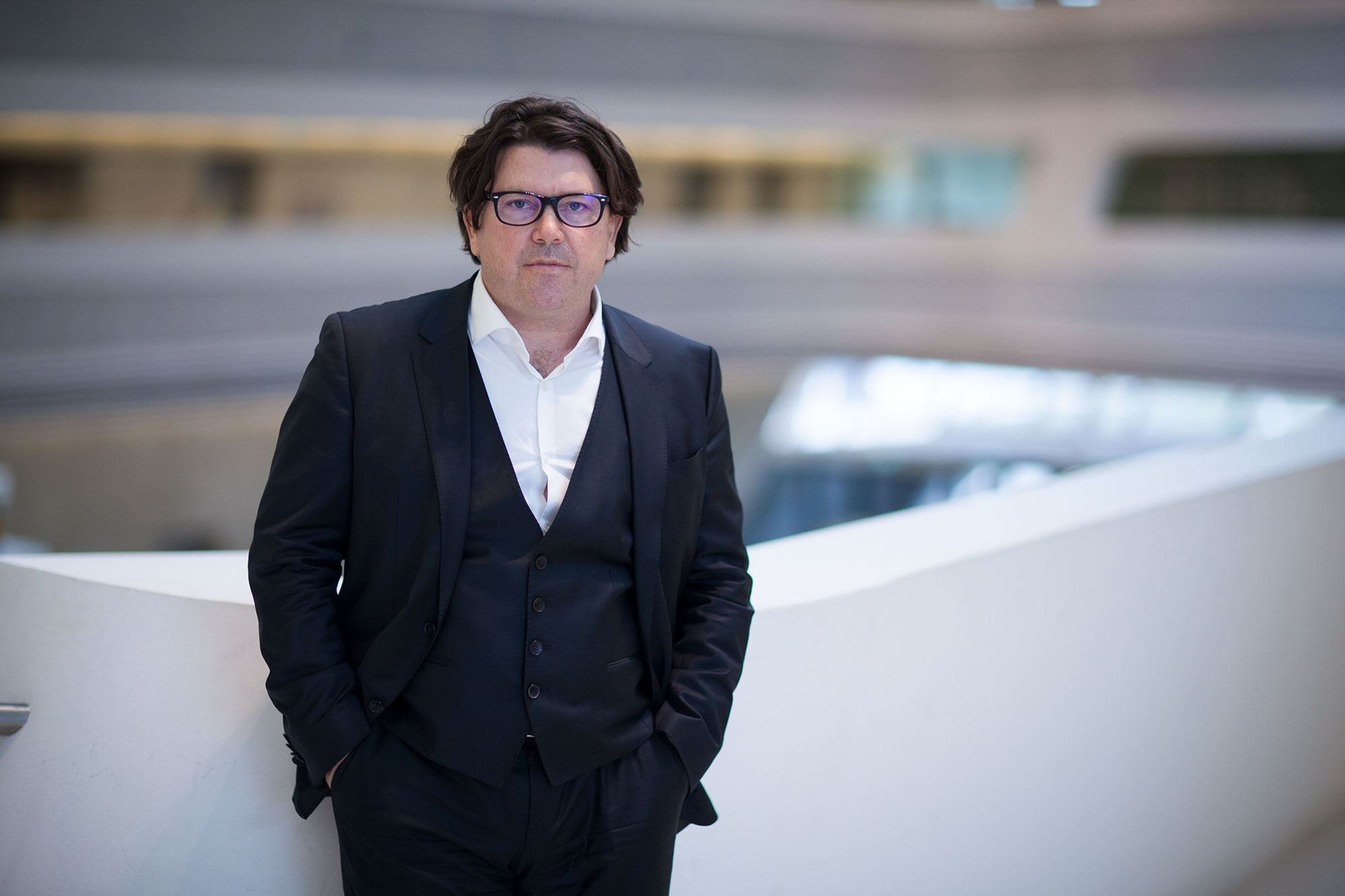 Michael became an entrepreneur at the age of 19 prior to focusing on academia and education, managing a family business following his career as an Austrian ski racer. His studies include philosophy, psychology and system theory, along with an MBA.

In 1994, Michael founded the 1492 group in Cologne, Germany, to enhance collective intelligence within organizations in balance with global consciousness. He also spent a decade researching social learning at the University of Witten/Herdecke. Today he continues to look beyond horizon, coordinating an interdisciplinary research network in exchange with the MIT Centre for Collective Intelligence in Boston, USA.

Michael is a scientific author, a blogger for Harvard Business and a life coach. He gives keynote speeches to large audiences and is an adjunct professor at several renown business schools and academic institutions around the globe. 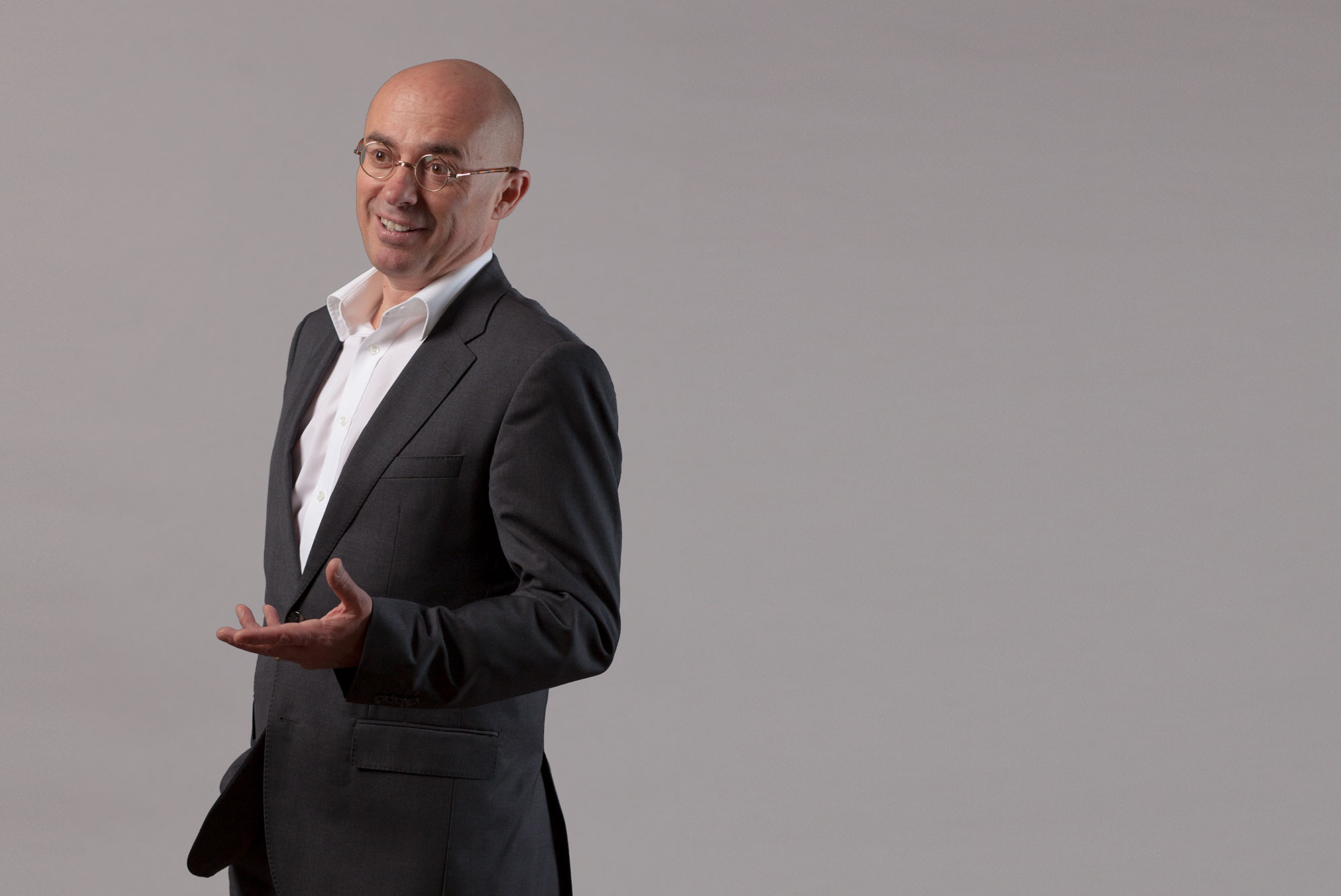 Max has studied Business Administration in Landshut and Munich. After several years as consultant at Roland Berger he joined Apple where he held different European and global management positions.

When he changed to Nokia he lead and transformed the Global Customer Service department as Vice President and then prepared for the roll-out of a company-wide organisational development program.

He has long experiences and a proven track record in the holistic development of global Customer Service strategies, general strategy development and execution, as well as the design and implementation of transformation and change programs.

As the managing partner and head of of 1492 management consultants, he leads several international projects with focus on strategy development and organizational
enablement. 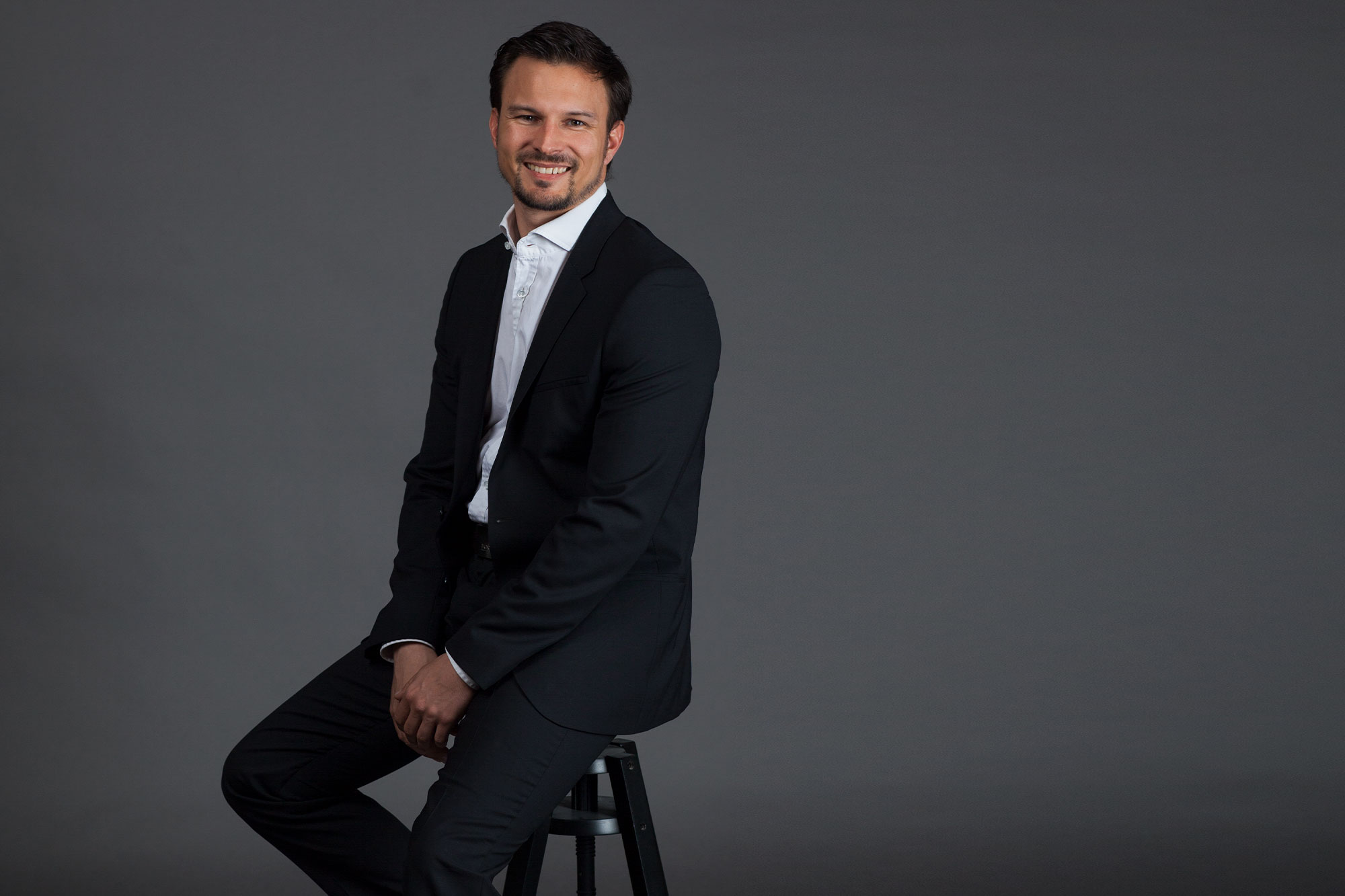 David is specialized in Business Ethics and Organizational Development during his Philosophy & Economics studies in Bayreuth.

He furthered his education with International Management and Leadership Development studies in Japan. He’s been member of the 1492 board since 2012, and is the co-founder and dean of the 1492 New School of Business, offering collective intelligence seminars and consulting master classes. He is also a scientific author and publishes the Rethink Series for socio-economic change as well as blogs for the Harvard Business Manager.

David is a speaker and PhD candidate at the University of Bayreuth in the areas of Ethical Leadership, Corporate Social Responsibility and Collective Intelligent Governance.